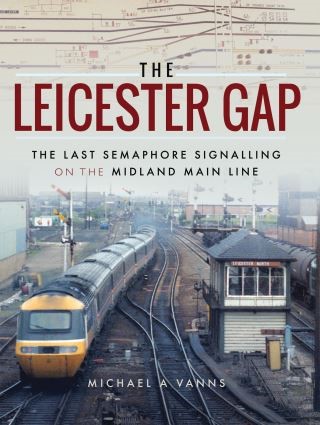 The Last Semaphore Signalling on the Midland Main Line

Until 1987, there was still a busy stretch of British main line railway where traditional Victorian operating practices were used to control the movements of both express passenger and a variety of freight trains.At the heart of the former Midland Railway main line from St Pancras to Sheffield, the 45-mile section between Irchester in Northamptonshire and Loughborough in Nottinghamshire was equipped with semaphore signals worked from twenty-three mechanical signalboxes. It was the last main line in the country where this once-standard arrangement remained virtually unchanged since the days of steam. This pocket of mechanical signalling was christened The Leicester Gap, because Leicester was to be the site of a new power signalbox, the last in a chain of just five that would control the whole of the Midland Main Line into the twenty-first century.From 1984 when resignalling work started, to 1987 when it was completed, the author photographed as many trains passing through the Leicester Gap as he could. This book is the result of those efforts.