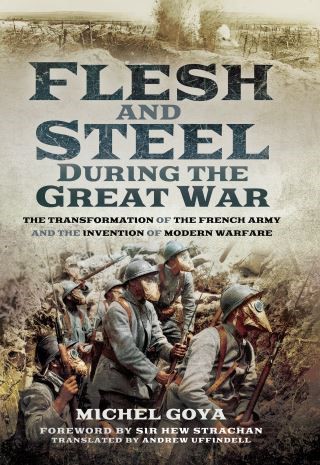 Flesh and Steel During the Great War

Michel Goyas Flesh and Steel during the Great War is one of the most thoughtful, stimulating and original studies of the conflict to have appeared in recent years. It is a major contribution towards a deeper understanding of the impact of the struggle on the Western Front on the theory and practice of warfare in the French army. In a series of incisive, closely argued chapters he explores the way in which the senior commanders and ordinary soldiers responded to the extraordinary challenges posed by the mass industrial warfare of the early twentieth century.In 1914 the French army went to war with a flawed doctrine, brightly-colored uniforms and a dire shortage of modern, heavy artillery How then, over four years of relentless, attritional warfare, did it become the great, industrialized army that emerged victorious in 1918?To show how this change occurred, the author examines the pre-war ethos and organization of the army and describes in telling detail how, through a process of analysis and innovation, the French army underwent the deepest and fastest transformation in its history.