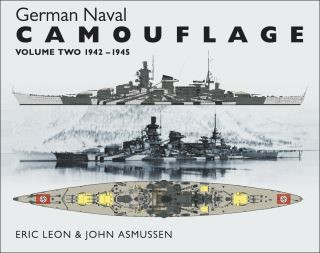 This book completes a highly original and superbly illustrated two-volume survey of German naval camouflage and markings in the Nazi era. On first publication in 2012 the 1939–1941 volume was quickly recognized by warship enthusiasts and model makers as a major step forward in the understanding of a complex and much debated topic. It is already considered the standard reference, and this second volume is keenly awaited. Although a few crucial documents have recently come to light, this study is largely based on close scrutiny of all available photos, including many newly discovered, collated with the firsthand testimony of Kriegsmarine survivors. After decades of study, the authors are probably the worlds leading experts, and their work challenges many accepted views, while greatly expanding the general understanding of the subject. The fruits of their labors are presented in the form of exquisite color illustrations of every scheme and variation for which evidence is available. This volume covers all major surviving ships down to destroyers from 1942 to the end of the war, and adds a new section on torpedo boats.While there can never be a last word on such an elusive and poorly documented subject, these two volumes will remain the most authoritative work in the field for many years to come.