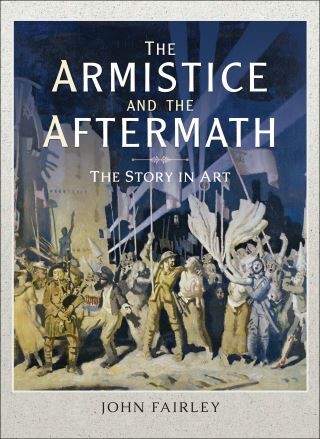 The Armistice and the Aftermath

The Story in Art

Armistice Day in 1918 was arguably the most joyous day of the 20th century. As the guns fell silent, crowds celebrated across the Western world.The foremost artists of all nations including Pierre Bonnard in Paris and Gilbert Beal in New York, were inspired to convey the emotions of the historic moment. The Irish painter William Orpen was in Amiens.The tense and difficult process of making the peace ensued. Orpen and Augustus John were assigned as official artists at the Versailles conference. Painters also recorded on canvas the extraordinary closing events of the War, including the surrender of the entire German battle fleet.One hundred years on, The Armistice and the Aftermath brings together in one book a superb collection of the most epic paintings of the era. The result, with informed and perceptive commentary, is a unique record of those momentous days which not only re-drew the world map but, more ominously, shaped the future of the 20th Century.