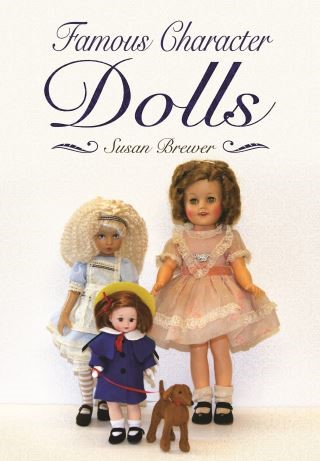 Part of the popular Famous series, Famous Dolls celebrates dolls in film, TV, cartoons, books, comics and comic strips, as well as toys such as Hamble in Playschool. It also explores the world of celebrity dolls including stars such as Shirley Temple and Mae West, pop star dolls including Michael Jackson and Cher, and dolls representing royalty. Written by leading doll expert, Susan Brewer, the author of British Dolls in the 1950s and British Dolls in the 1960s, the book starts with a series of essays setting dolls in context and exploring their role in popular culture. The main part of the book is an impressive A-Z of famous dolls, with symbols to show in which field they became famous (e.g. cartoons, toys or comic strips). The stories behind each of the dolls are told, including the tragic tale of Raggedy Ann and how a little girl inspired one of the most iconic character dolls of all time. A must-buy book for everyone who has ever own or collected dolls or is interested in popular culture.Did you know? The author of Raggedy Ann, Johnny Gruelle, was a vehement anti-vaccination campaigner after his young daughter died when she was vaccinated at school without his consent Angela Rippon created the Victoria Plum doll series based on a plum tree in her garden Holly Hobbie is an author and illustrator who named the famous patchwork-wearing little girl after her. It became a popular doll in the 1970s