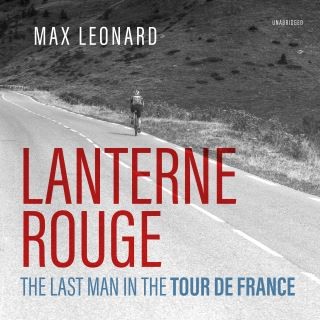 The Last Man in the Tour de France

A lively and entertaining history of the riders who have come in last place during the grueling 3,000-mile Tour de France

Froome, Wiggins, Merckx―we know the winners of the Tour de France, but Lanterne Rouge tells the forgotten, often inspirational, and occasionally absurd stories of the last-placed rider. We learn of stage winners and former yellow jerseys who tasted life at the other end of the bunch, the breakaway leader who stopped for a bottle of wine and then took a wrong turn, the doper whose drug cocktail accidentally slowed him down, and the rider who was recognized as the most combative despite finishing at the back.

Max Leonard flips the Tour de France on its head and examines what these stories tell us about ourselves, the 99 percent who don’t win the trophy, and forces us to reexamine the meaning of success, failure, and the very nature of sport.