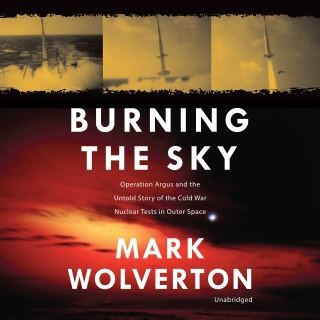 After the Soviet Union proved to the United States that it possessed an operational intercontinental ballistic missile with the launch of Sputnik in October 1957, the world watched anxiously as the two superpowers engaged in a game of nuclear one-upmanship. Amid this rising tension, eccentric physicist Nicholas Christofilos brought forth an outlandish, albeit ingenious, idea to defend the US from a Soviet attack: detonating nuclear warheads in space to create an artificial radiation belt that would fry incoming ICBMs. Known as Operation Argus, this plan is the most secret and riskiest experiment in history, and classified details of these nuclear tests have been long obscured.

Combining his investigation of recently declassified documents with more than a decade of experience in researching and writing about the science of the Cold War, Mark Wolverton tells the unknown and controversial story of this scheme, chronicling Christofilos' unconventional idea from inception to execution, and examines the scientific, political, and environmental implications of Argus, as well as that of the atmospheric tests that followed.

Burning the Sky is an engrossing read that will intrigue any lover of scientific or military history and will remind readers why Project Argus remains frighteningly relevant nearly sixty years later.