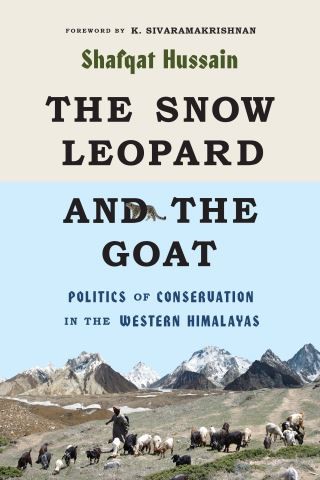 The Snow Leopard and the Goat

Politics of Conservation in the Western Himalayas

Following the downgrading of the snow leopard’s status from “endangered” to “vulnerable” by the International Union for Conservation of Nature in 2017, debate has renewed about the actual number of snow leopards in the wild and the most effective strategies for coexisting with these enigmatic animals. Evidence from Pakistan and other countries in the snow leopard’s home range shows that they rely heavily on human society—domestic livestock accounts for as much as 70 percent of their diet. Maintaining that the snow leopard is a “wild” animal, conservation NGOs and state agencies have enacted laws that punish farmers for attacking these predators, while avoiding engaging with efforts to mitigate the harms suffered by farmers whose herds are reduced by snow leopards.

This ethnography examines the uneven distribution of costs and benefits involved in snow leopard conservation and shows that for the conservation of nature to be successful, the vision, interests, and priorities of those most affected by conservation policies—in this case, local farmers—must be addressed. A case history of Project Snow Leopard in the mountains of northern Pakistan, which inspired similar programs in India, Bhutan, Nepal, Mongolia, Afghanistan and Tajikistan, describes how the animal’s food habits are studied, how elusive individuals are counted, and how a novel kind of “snow leopard insurance” has protected the species by compensating farmers for livestock losses. The Snow Leopard and the Goat demonstrates that characterizing this conflict as one between humans (farmers) and wildlife (snow leopards) is misleading, as the real conflict is between two human groups—farmers and conservationists—who see the snow leopard differently.