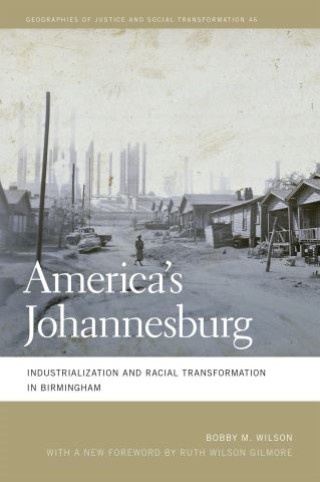 Industrialization and Racial Transformation in Birmingham

In some ways, no American city symbolizes the black struggle for civil rights more than Birmingham, Alabama. During the 1950s and 1960s, Birmingham gained national and international attention as a center of activity and unrest during the civil rights movement. Racially motivated bombings of the houses of black families who moved into new neighborhoods or who were politically active during this era were so prevalent that Birmingham earned the nickname “Bombingham.”

In this critical analysis of why Birmingham became such a national flashpoint, Bobby M. Wilson argues that Alabama’s path to industrialism differed significantly from that of states in the North and Midwest. True to its antebellum roots, no other industrial city in the United States depended as much on the exploitation of black labor so early in its urban development as Birmingham.

A persuasive exploration of the links between Alabama’s slaveholding order and the subsequent industrialization of the state, America’s Johannesburg demonstrates that arguments based on classical economics fail to take into account the ways in which racial issues influenced the rise of industrial capitalism.