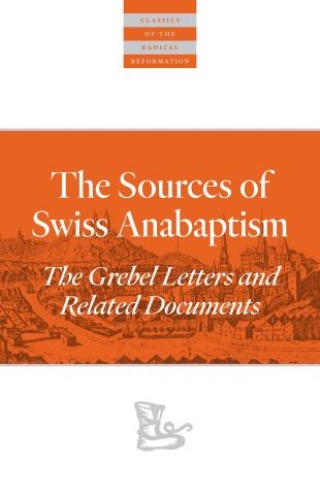 The Sources Of Swiss Anabaptism

The Grebel Letters and Related Documents

The dramatic story of the genesis of the Anabaptist movement, told directly through the letters of its leaders and other primary documents.

The 170 letters and documents in this volume portray how Conrad Grebel, a bright young Swiss patriot, became a fervent, influential leader of the sixteenth-century Anabaptist movement. The editor calls the book “a drama with five acts, prologue, and epilogue” with a cast of 107 characters. The main characters are Grebel himself and Huldrych Zwingli, the vicar at the Grossmünster in Zurich.

The climax of the drama comes in January 1525 when Grebel performs the first rebaptisms, signaling the founding of a new church and the rejection of the Anabaptists by Zwingli. “These letters and documents are not published for scholars only,” states the editor, “but for all seekers and believers.”

This is the fourth volume in the Classics of the Radical Reformation, a series of Anabaptist and Free Church documents translated and annotated under the direction of the Institute of Mennonite Studies.