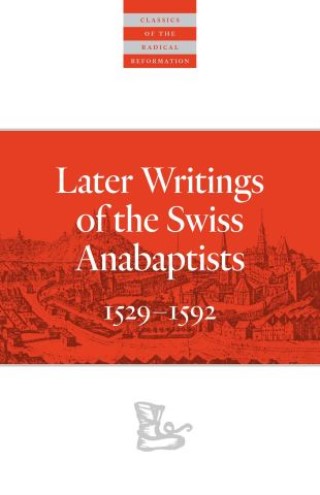 Later Writings of the Swiss Anabaptists

Primary sources reveal that despite severe persecution and expulsion, an underground Anabaptist movement continued to flourish in its birthplace, Switzerland.

The story of Anabaptist origins in Switzerland is well known. By contrast, the life and thought of the Anabaptists who continued to live in Switzerland over the last two-thirds of the sixteenth century has remained in relative obscurity. One reason for this is that Swiss Anabaptists after 1530 communicated their ideas by circulating handwritten writings rather than by printing books.

This present volume contains a selection of those writings that were being copied and circulated among the later Anabaptists in Switzerland. The text that dominates the present collection, both in terms of length and complexity, is the massive 466-page Codex 628, copied in 1590 and containing a wide sampling of material considered significant by the Swiss Anabaptists at the end of the century. Readers of this volume thus have the opportunity to peruse, in translation, significant archival holdings that document the development of Swiss Anabaptist thought over the course of the sixteenth century.

These writings reveal a maturing religious and social movement whose members continued to reflect biblically on their call to discipleship while living in a world that designated all adult baptizers heretics and disobedient, dangerous citizens.

This is the thirteenth volume in the Classics of the Radical Reformation, a series of Anabaptist and Free Church documents translated and annotated under the direction of the Institute of Mennonite Studies.