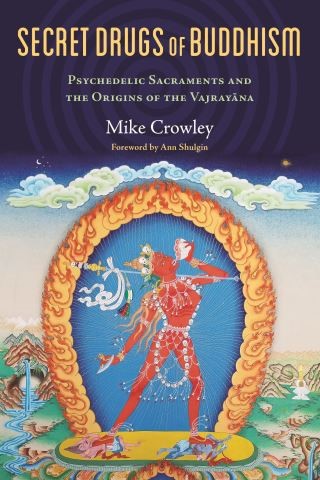 Psychedelic Sacraments and the Origins of the Vajrayana

Secret Drugs of Buddhism is the first book to explore the historical evidence for the use of entheogenic plants within the Buddhist tradition. Drawing on scriptural sources, botany, pharmacology, and religious iconography, this book calls attention to the central role which psychedelics played in Indian religions.

It traces their history from the mysterious soma potion, celebrated in the most ancient Hindu scriptures, to amrita, the sacramental drink of Vajrayana Buddhism. Although amrita used in modern Vajrayana ceremonies lacks any psychoactivity, there is copious evidence that the amrita used by the earliest Vajrayana practitioners was a potent entheogen. It is the nature of this psychedelic form of the sacrament which is the central topic of this book. In particular, Secret Drugs of Buddhism attempts to identify the specific ingredients employed in amrita’s earliest formulations.

To this end, the book presents evidence from many countries in which the Vajrayana movement flourished. These include Bhutan, Japan, Mongolia, and Tibet but special attention is given to India, the land of its origin.