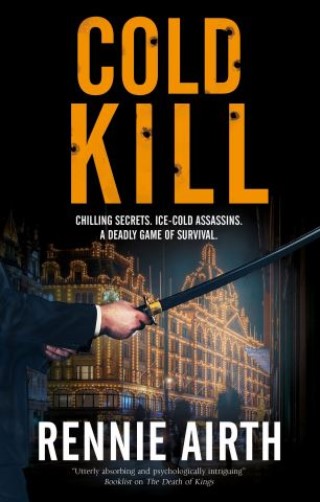 An American actress arrives in London to find herself the target of a ruthless assassin in this compelling standalone thriller.

Actress Adelaide Banks is swapping her native New York for London to spend Christmas with her widowed Aunt Rose. Rose wrote in her note that she was off to Paris for a few days and would be back in time for Addy's arrival. But when Addy reaches Rose's Knightsbridge address, no one's home, and she has two unexpected callers . . .

Where is Rose, and what has she got herself entangled in? Dragged into a deadly game of cat-and-mouse on the snowy streets of London, Addy finds herself navigating a dark underworld of ruthless assassins, rogue agents and international crime. Can she survive long enough to uncover the truth?