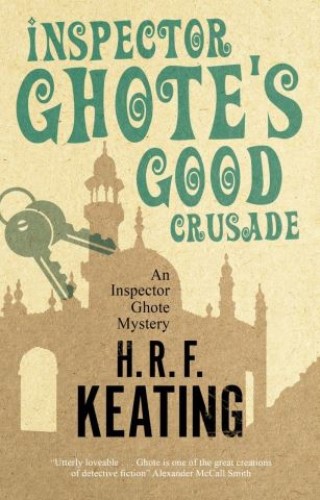 Inspector Ghote, "one of the great creations of detective fiction" (Alexander McCall Smith), investigates a high-profile murder and finds liars wherever he looks

When American millionaire and philanthropist Frank Masters dies of arsenic poisoning, Inspector Ganesh Ghote of the Bombay CID takes a moment to picture himself in the papers, triumphantly solving the case. This is no ordinary murder, and he knows it will attract a great deal of attention.

But the reality of the situation soon takes over: not only does Inspector Ghote know nothing about arsenic, but the key witnesses all seem deeply unreliable. Who can he trust at the Frank Masters Foundation for the Care of Juvenile Vagrants? The chef who tells him only what he wants to hear? The acerbic Dr Diana and her shifty dispenser? Or – least appealingly - two infuriating young boys known only as Edward G. Robinson and Tarzan?

The good inspector doggedly investigates, but the more he discovers in this perplexing case, the more he despairs of ever bringing the true killer to justice . . .