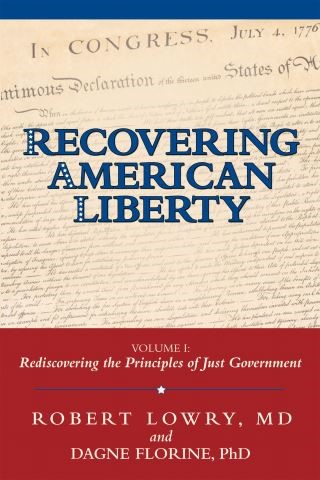 Many Americans today realize that their own government is steadily becoming the greatest danger and threat to their rights, liberties, and future prosperity. In their attempt to right the errant ways of American government, millions of Americans have looked to the Constitution for answers, and yet “what is Constitutional” continues to elude those that we the people elect to political office. In Recovering American Liberty, the authors note the importance of the Constitution, but present an argument that contemporary Americans have lost sight of the ethical principles that the Constitution was conceived and written in, and ratified only in the light of – those being the self-evident truth principles laid out in the Declaration of Independence. Recovering American Liberty explores the Declaration of Independence and each of those self-evident truths. The authors reason that without Americans first becoming a people who once again embrace these principles in the Declaration, then all their efforts to Make America Great Again, will be for naught. For, it is only because Americans once honored these principles in their personal lives, that America as a nation, became Great in the first place.