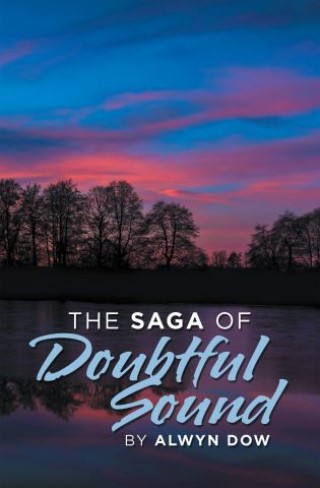 The Saga of Doubtful Sound

I suppose it is inevitable that a jazz musician would want to ‘blow his own trumpet,’ but I truly believe that this novel contains such a detailed insight into the drama that unfolds, that it could not have possibly been written by someone else. The story is about social politics in America and beyond during the twentieth century, as seen through the lives of a family of jazz musicians. Their work takes them into areas where racism and bigotry abound not only in the States but abroad too, but, ‘The music goes round and around,’ despite their misgivings. Their recordings provide the ‘pictures’ on an otherwise blank canvas, for without them there would be only hear say. Their story is taken up by two reporters who finally get to the bottom of a racist conspiracy on the other side of the world. It follows that a knowledge and empathy with the past is all important in a story such as this. I’m an historian and retired teacher of politics as well as being a part-time jazz musician, and I have just concluded a radio show called ‘Jazz Dreams.’ I’ve come across racism in many different guises and in many corners of the Globe during my lifetime, and I know how insidious it can be. In this story I have tried to explain how important it is that individuals take personal responsibility and confront it. That takes courage and the book is about this also. A recent visit to New Zealand including Milford Sound and Doubtful Sound gave me the idea for a perfect hiding place. (Bond meets Lord of the Rings perhaps?) ‘It was good to read your book. Your thoughts on the pitfalls and perils of jazz are very well made. I will be depositing a copy in the UK national jazz archive.’ Digby Fairweather (trumpeter, writer and broadcaster.) ‘My uncle Lou would have been really pleased to see his band amongst all the other great British outfits such as Jack Hylton and Roy Fox mentioned in the book.’ Paul Preager Director Colston Hall Bristol. ‘I am pleased to offer my support for this book that tells a story of jazz as only a jazz musician would tell it.’ Acker Bilk MBE and International ‘Stranger on the Shore,’ clarinettist. ‘This book evokes the majesty and the mystery of Otago’s Doubtful Sound Fiord’ Paul Anthony, New Zealand Arts Council. ‘You have reminded us all that the long struggle against racism is far from over. It re-invents itself every generation just like the Hydra.’ David Oakensen, Deputy Mayor of Frome Somerset.