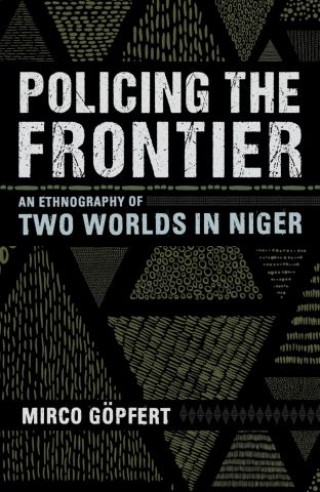 An Ethnography of Two Worlds in Niger

In Policing the Frontier, the second book in the Police/Worlds series Mirco Göpfert explores what it means to be a gendarme investigating cases, writing reports, and settling disputes in rural Niger. At the same time, he looks at the larger bureaucracy and the irresolvable tension between bureaucratic structures and procedures and peoples' lives. The world of facts and files exists on one side, and the chaotic and messy human world exists on the other.

Throughout Policing the Frontier, Göpfert contends that bureaucracy and police work emerge in a sphere of constant and ambivalent connection and separation. Göpfert's frontier in Niger (and beyond) is seen through ideas of space, condition, and project, packed with constraints and possibilities, riddled with ambiguities, and brutally destructive yet profoundly empowering. As he demonstrates, the tragedy of the frontier becomes as palpable as the true impossibility of police work and bureaucracy.