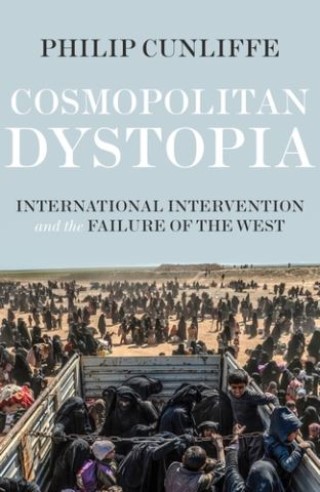 International intervention and the failure of the West

Cosmopolitan Dystopia shows that rather than populists or authoritarian great powers it is cosmopolitan liberals who have done the most to subvert the liberal international order. Cosmopolitan Dystopia explains how liberal cosmopolitanism has led us to treat new humanitarian crises as unprecedented demands for military action, thereby trapping us in a loop of endless war. Attempts to normalize humanitarian emergency through the doctrine of the ‘responsibility to protect’ has made for a paternalist understanding of state power that undercuts the representative functions of state sovereignty. The legacy of liberal intervention is a cosmopolitan dystopia of permanent war, insurrection by cosmopolitan jihadis and a new authoritarian vision of sovereignty in which states are responsible for their peoples rather than responsible to them. This book will be of vital interest to scholars and students of international relations, IR theory and human rights.