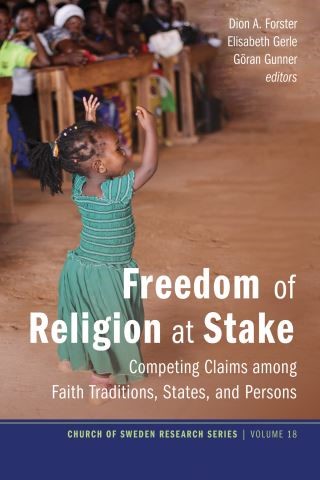 Freedom of Religion at Stake

How can freedom of religion protect the dignity of every human being and safeguard the well-being of creation? This question arises when considering the competing claims among faith traditions, states, and persons. Freedom of religion or belief is a basic human right, and yet it is sometimes used to undermine other human rights. This volume seeks to unpack and wrestle with some of these challenges. In order to do so scholars were invited from different contexts in Africa and Europe to write about freedom of religion from various angles. How should faith traditions in a minority position be protected against majority claims and what is the responsibility of the religious communities in this task? When does the state risk overstepping its boundaries in the delicate balance between freedom of religion and other human rights? How can new voices, who claim their human rights in relation to gender roles, reproductive rights, and as sexual minorities, be heard within their faith traditions? These are some of the questions that are raised by the authors. This is a book for all who are engaged in faith communities, leaders as well as people trying to be recognized. It is also important reading for all interested in international legal frameworks for freedom of religion, state advisers, and human right defenders.