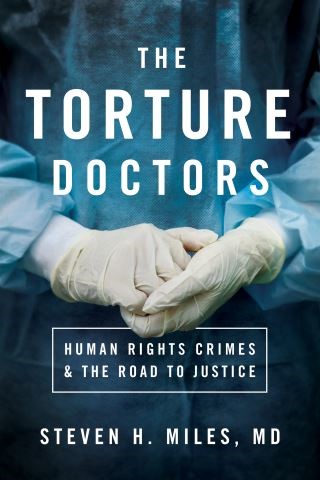 Human Rights Crimes and the Road to Justice

Torture doctors administer and invent techniques to inflict pain and suffering without leaving scars.Their knowledge of the body and its breaking points and their credible authority over death certificates and medical records make them powerful and elusive perpetrators of the crime of torture. In The Torture Doctors, Steven H. Miles fearlessly explores who these physicians are, what they do, how they escape justice, and what can be done to hold them accountable.

At least one hundred countries employ torture doctors, including both dictatorships and democracies. While torture doctors mostly act with impunity—protected by governments, medical associations, and licensing boards—Miles shows that a movement has begun to hold these doctors accountable and to return them to their proper role as promoters of health and human rights. Miles’s groundbreaking portrayal exposes the thinking and psychology of these doctors, and his investigation points to how the international human rights community and the medical community can come together to end these atrocities.