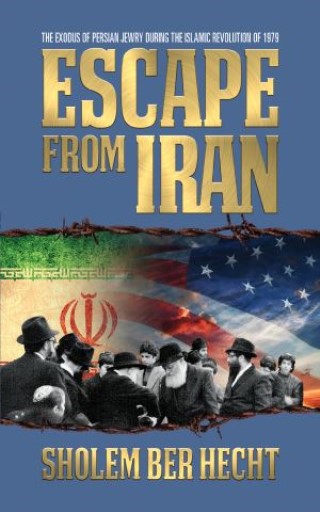 The Exodus of Persian Jewry During the Islamic Revolution of 1979

For 2,500 years the Jews of Persia, banished from their homeland, built a civilization in exile. Their fortunes rose and fell, from the glory of their ancestral traditions to persecution, suppression, and the brutality of conquering armies. By the mid20th Century the Jewish community of modern-day Iran had achieved a measure of success—until the Islamic Revolution of 1979 threatened once again to plunge Persian Jewry into darkness. This is the story of the dramatic rescue and emigration of thousands of Iranian Jewish students to America, and the miraculous rebirth of an ancient civilization in a brand new world. “…My deepest thanks for the work you have done on behalf of Persian Jewry. Before the Islamic Revolution you came to Iran and worked tirelessly to help the youth of Iran escape to a safe haven. I remember your acts of self-sacrifice in your rescue efforts to bring them to safety in the United States. On that Yom Kippur in Machane Mordechai, I remember the heartrending prayers of the students and their profound worry and concern over the wellbeing of their families who remained in Iran…You cared for our children, providing food, schooling and housing. We must express our deepest appreciation for your heroic efforts on behalf of the Jews of Iran.” - Excerpt from the commendation letter of Rabbi Eliyahu Ben-Hayim, Senior Rav and Dayan of the Persian Jewish Community of New York SHOLEM BER HECHT was there each step of the way, overseeing every facet of the operation under the direction of his illustrious father, Rabbi Jacob J. Hecht o.b.m., and the visionary guidance of the Lubavitcher Rebbe. A noted educator and spiritual leader, he is CEO of the National Committee for Furtherance of Jewish Education, Rabbi of the Sephardic Jewish Congregation of Queens, Senior Chabad Emissary in Queens, and Senior Rabbi of the Sephardic Community of Queens since 1974. In this remarkable book he weaves together the thrilling tale of the escape from Iran with his penetrating insight into its history-making significance.