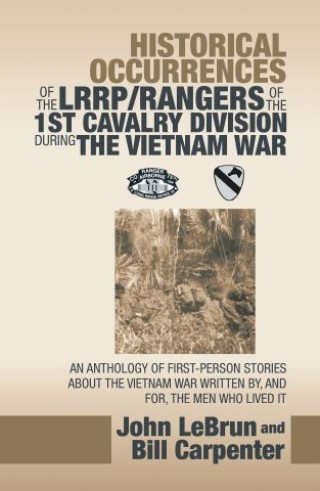 An Anthology of First-Person Stories About the Vietnam War Written By, and For, the Men Who Lived It

Many books have been written about the Vietnam War. Most of them are just overviews of events and often focus on the political aspect of the conflict. Rarely is an individual under the rank of general mentioned, except for a paragraph or two about individuals who earned the Medal of Honor. Some books have been written by individuals who actually saw combat. They often name people who engaged the enemy. These are people whose boots were not spit shined and uniform did not have starched creases. This book contains stories by, and about, the men who served in one company, the 1st Cavalry Division’s LRRP/Rangers Company in the Vietnam War.