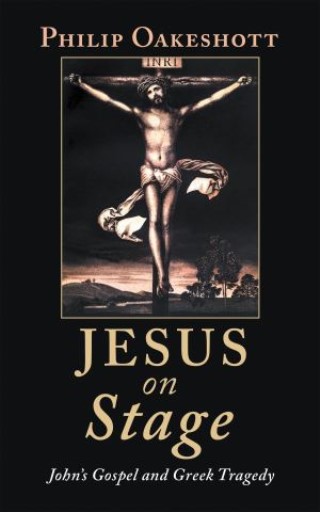 Jesus on Stage argues that the Gospel of John is, in its present form, an ancient historical novel, but that the evangelist’s first version was his own draft for a Greek play. The development of Greek drama at Athens is briefly described, with new suggestions on some details, and the continuing influence of the great Greek tragedians in the 1st Century AD is shown. Then the internal evidence in the gospel which points to an earlier draft play is marshalled: not merely dramatic scenes, some of which echo Sophocles, but speeches only appropriate to the stage, puzzling features which make sense if they were devised with theatrical presentation in mind, others which suggest the chorus of a play; and a drastic reshaping of the Synoptic storyline to centre the whole work on Jerusalem, with a Jesus who resembles the hero of a play. All this has later been expanded to form a novel, including incidents in the ‘mystery and suspense’ tradition beloved by ancient novelists. But the book is not only for scholars; anyone re-examining John’s gospel from this standpoint will find new depths in the evangelist’s seldom historical but deeply spiritual creation.