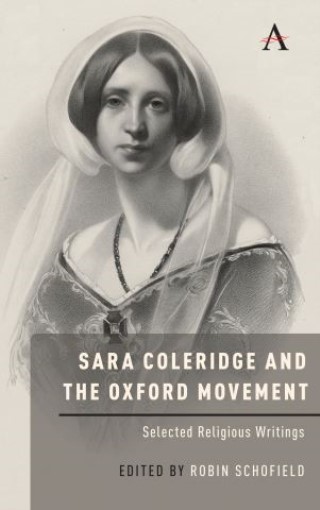 Sara Coleridge and the Oxford Movement

‘Sara Coleridge and the Oxford Movement’ presents Sara Coleridge’s religious writings to modern readers for the first time. It includes extracts from her important religious works which have remained unpublished since the 1840s. These writings present a forthright and eloquent challenge to the patriarchal hegemonies of Victorian religion and society. They represent a bold intervention by a woman writer in the public spheres of academia and the Church, in the genre of religious writing which was a masculine preserve (as opposed to the genres of religious fiction and poetry). The religious writings published by Sara Coleridge in the 1840s present the most original and systematic critique of the Tractarian theology developed by John Henry Newman, Edward Pusey, John Keble and their colleagues. Sara Coleridge advances against a theology which she regards as repressive, authoritarian and conceptually flawed, a radical Protestant religion of inward experience and reason, underpinned by a Kantian epistemology. The passages reveal Sara Coleridge’s concerns with the language of religious discourse, which drove her later developments in religious prose.

‘Sara Coleridge and the Oxford Movement’ also consists of passages selected from Sara Coleridge’s unpublished masterpiece ‘Dialogues on Regeneration’ (the equivalent of her father’s ‘Opus Maximum’), written in the last two years of her life. This collection of Socratic dialogues is quite remarkable, the most original and innovative religious work of the Tractarian era. Sara Coleridge recognized that the form and language of religious discourse was an essential consideration in determining the character of religious culture. In the period from 1833 to 1850, the monologic forms of treatise, sermon, tract and essay had fostered dogmatic and immoderate styles of expression, which had created conflict and division. Sara Coleridge therefore adopted and developed a form in which opposing views could be heard as well as stated, and which could facilitate dialectical progression towards new understanding: a medium in which division could be resolved. Sara Coleridge’s innovative use of Socratic dialogue is associated with a new ambiguity in her approach to Tractarianism. Through one of her women characters, she presents the devotional and aesthetic ethos of Tractarianism, and its practical, pastoral concerns, with sympathetic sensitivity. The passages from ‘Dialogues on Regeneration’ reveal Sara Coleridge to be a religious writer and thinker of unique originality and range, profoundly sensitive to the pressing needs of her times.