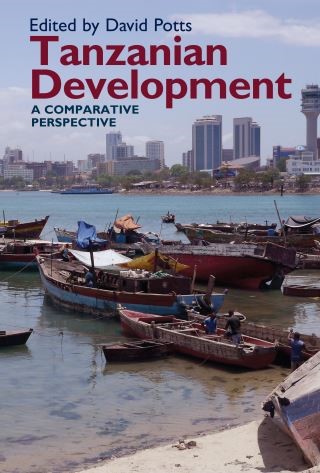 Over the past thirty years, in common with a number of other Sub-Saharan African countries, Tanzania has experienced a period of painful adjustment followed by relatively rapid and stable economic growth. However the extent of progress on poverty reduction and the sustainability of the development process are both open to question. In this book, prominent international observers provide a range of different perspectives on the process of development over time and the issues facing a rapidly growing African economy: political economy; agriculture and rural livelihoods; industrial development; urbanisation; aid and trade; tourism; and the use of natural resources. Comparisons are drawn with other African economies as well as other developing countries, such as Vietnam. An invaluable deep review of Tanzania's economy and development, the book also looks at the wider implications of the research for the future on the continent and beyond. David Potts is Honorary Visiting Researcher at the University of Bradford and was Head of the Bradford Centre for International Development 2015-16. He worked for six years as an economist in Tanzania's Ministry of Agriculture in the 1980s, has had many subsequent short-term assignments in the country and is co-editor of Development Planning and Poverty Reduction (2003).