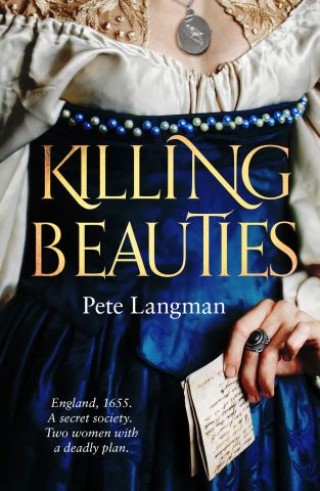 In a world made for men, Susan Hyde is no ordinary woman.

And no one would suspect that the sister of Edward Hyde, chief advisor to King in exile Charles Stuart, spends her time peddling state secrets and fomenting rebellion rather than on her tapestry.

As a she-intelligencer – female spy – Susan’s mission is to extract information from Oliver Cromwell’s unsuspecting spymaster, by any means necessary.

In a shadow-world of ciphers, surveillance, poison, seduction and duplicity, this daring spy will risk everything for king and country.

Based on the astonishing true story of England’s earliest female spies, Killing Beauties will transport you to a seventeenth-century London rife with political intrigue, betrayal and conspiracy.