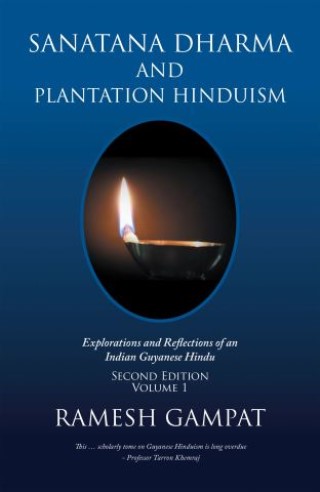 Explorations and Reflections of an Indian Guyanese Hindu

Christian Missionaries worked hard to convert immigrants. Their first order of business was to denigrate Hinduism, designate Hindus as heathen, and disparage their culture, food and even attire. Immigrants stubbornly resisted, led by the tiny educated elite, including Brhmaas whom we call Brahmins. Conversion was a failure at least up to the end of the 19th century but picked up a self-generating momentum thereafter. The result is that the share of Hindus in Guyana’s Indian population declined from 83.5 percent in 1880 to 62.8 percent in 2012. The largest portion of the contraction was lost to Christianity. The loss notwithstanding, even a casual observer would conclude that Guyanese Hindus, at home and in the Diaspora, are a very religious people. Many of us do a jhandi or havan once annually; others do the more elaborate and costlier yajña, where everyone is welcome, once or twice in their lifetime. Most of us do a short daily puja – prayers, offerings, reading the stras and listening to bhajan – in our homes. An important, but perhaps unintended, way immigrants countered conversion to Christianity was an unplanned movement towards a “synthesis” that brought Hindus, regardless of caste or sect, under a “unitary form of Hinduism.” The “synthesis” began around the 1870s and was completed by the 1930s to the 1950s. Guyanese Hindus call the unified corpus of religious beliefs and practices that emerged from the “synthesis” Sanatana Dharma. Ramesh Gampat labels it Plantation Hinduism in this path-breaking book. The book argues that the brand of Hinduism practiced is inconsistent with Sanatana Dharma, called Vednta by the more philosophically inclined. Plantation Hinduism features an extraordinary dependence upon purohits (pandits), which has anaesthetized the Hindu mind and render him unable to think, question and inquire when it comes to Dharma. Rituals and bhakti have been degraded and turned into desire-motivated worship; devats have been misconstrued as Brahman rather than as limited manifestation of the one non-dual pure Consciousness; belief in the multiplicity of gods encourages image worship; and superstitions anchor Guyanese Hindus to tradition and mere belief. Plantation Hinduism is little more than desire-motivated actions, dogmas and superstitions. Absent is the idea that Sanatana Dharma is a spiritual science no less scientific than hard sciences, such as physics and astronomy. The central message of Vednta is the innate divinity of every person and the freedom to realize that divinity through anubhava, direct personal experience of Supreme Reality.