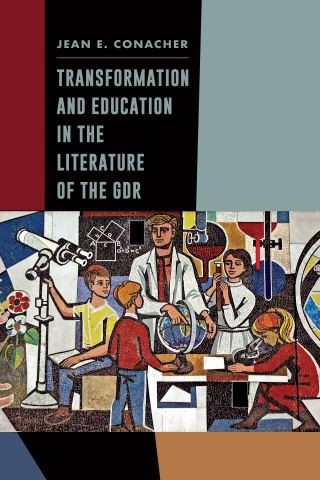 Transformation and Education in the Literature of the GDR

(Provisional) Education is central to the establishment of any new society, and the GDR was no exception. For forty years, cultural and educational policy played a pivotal role in shaping how people at home and abroad understood national efforts to establish a socialist state on German soil. Teachers and writers were officially responsible for demonstrating the superiority of this Soviet-driven socialist alternative, infusing pupils and readers with a commitment to the emerging State and providing persuasive role-models of der neue Mensch each was challenged to become. The officially favored socialist Bildungsroman, seeking respectability through Goethean roots, remained strongly formulaic in its portrayal of an optimistic and inevitable journey towards a socialist future; popular with the political elite, it soon lost its appeal to authors and readers demanding more challenging, true-to-life literature. Although new literary forms did begin to develop, questions surrounding the type of new person this emerging society would need, or indeed produce, remained unanswered. As a result, leading authors such as Hermann Kant, Christa Wolf, Brigitte Reimann, and Christoph Hein played more or less overtly with the socialist Bildungsroman's patterns of transformation as they engaged with intellectual, societal, and aesthetic dilemmas triggered by the realities of GDR life. This book argues that understanding literary representations of educational transformation, a topic largely overlooked by critics of GDR literature since the socialist Bildungsroman, is central to an aesthetic appreciation of that country's literature more broadly. It reveals writers drawing literally and metaphorically on portrayals of education processes, teacher-pupil relationships, and cultures of success and reward in their critique of practices within the public and private sphere. Changing alignments of both readers and writers in relation to societal values generated new voices and narrative frameworks that signaled an "ironic turn" in GDR literature and ultimately challenged the lingering pedagogical nature of its writer-reader relationship.