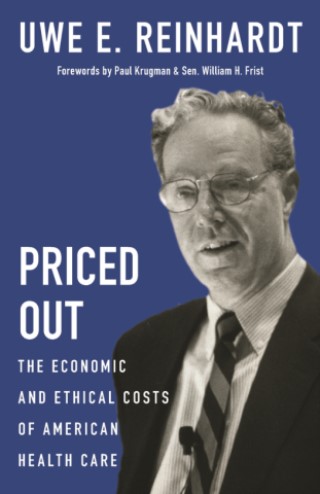 The Economic and Ethical Costs of American Health Care

From a giant of health care policy, an engaging and enlightening account of why American health care is so expensive—and why it doesn't have to be

Uwe Reinhardt was a towering figure and moral conscience of health care policy in the United States and beyond. Famously bipartisan, he advised presidents and Congress on health reform and originated central features of the Affordable Care Act. In Priced Out, Reinhardt offers an engaging and enlightening account of today's U.S. health care system, explaining why it costs so much more and delivers so much less than the systems of every other advanced country, why this situation is morally indefensible, and how we might improve it.

The problem, Reinhardt says, is not one of economics but of social ethics. There is no American political consensus on a fundamental question other countries settled long ago: to what extent should we be our brothers' and sisters' keepers when it comes to health care? Drawing on the best evidence, he guides readers through the chaotic, secretive, and inefficient way America finances health care, and he offers a penetrating ethical analysis of recent reform proposals. At this point, he argues, the United States appears to have three stark choices: the government can make the rich help pay for the health care of the poor, ration care by income, or control costs. Reinhardt proposes an alternative path: that by age 26 all Americans must choose either to join an insurance arrangement with community-rated premiums, or take a chance on being uninsured or relying on a health insurance market that charges premiums based on health status.

An incisive look at the American health care system, Priced Out dispels the confusion, ignorance, myths, and misinformation that hinder effective reform.