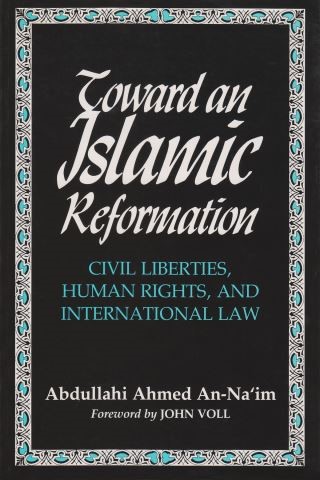 Toward an Islamic Reformation

Toward an Islamic Reformation is an ambitious attempt to modernize Islamic law, calling for reform of the historical formulations of Islamic law, commonly known as Shari'a that is perceived by many Muslims to be part of the Islamic faith.
As a Muslim, Abdullahi Ahmed An-Na'im is sensitive to and appreciative of the delicate relationship between Islam as a religion and Islamic law. Nevertheless, he considers that the questions raised here must be resolved if the public law of Islam is to be implemented today.
An-Na'im draws upon the teachings and writings of Sudanese reformer Mahmoud Mohamed Taha to provide what some have called the intellectual foundations for a total reinterpretation of the nature and meaning of Islamic public law.