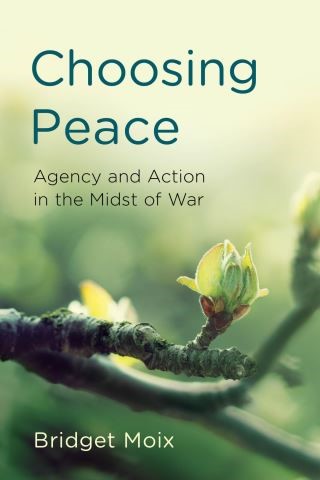 Agency and Action in the Midst of War

Despite deep roots in local community organizing and peace activism, the peacebuilding field over the past two decades has evolved into a stratified, and often disconnected, community of academics, policymakers, and practitioners. While the growth into a more recognized and professionalized field has led to significant improvements in how decision-makers and influential thinkers accept peace and conflict resolution theory and practice, it has also left certain communities behind. Individual activists, community-based groups, and locally-led civil society organizations – in other words, the people most directly experiencing the results of violent conflict and striving to overcome and transform it - remain notably on the margins of what has become the more recognized “international peacebuilding field.”

As a result, the inherent links between policies and practices of the global North, particularly the United States, where much of the professional peacebuilding community is concentrated, and the daily realities of rising violence and collapsing order experienced by communities in the global South, are glossed over or apportioned to the fields of political science or international affairs. Similarly, the daily community level efforts of people and groups within the United States and other global North countries seeking to address drivers of violence and injustice in their own communities are largely disconnected from the struggles of communities living inside recognized war zones for a more peaceful and just future.

These disconnects within the peacebuilding field have increasingly become obstacles to its further evolution and improvement. Without a serious shift in direction toward more integrated, interconnected, and intersectional understanding and approaches, the peacebuilding field threatens to become just another Western-driven industry in which powerful decision-makers, politicized funding, and large international bureaucracies sustain themselves. Reconnecting the field with its roots of community-based activism, organizing, and courageous leadership is urgently needed, and a necessary step to improving our collective efforts to build a more peaceful, just, and sustainable world. Drawing on the voices and experiences of community-based peace leaders around the world, this book envisions a new way of working together as a truly local and global peacebuilding field - one in which undoing the roots of violence and injustice is not something that takes place “in the field”, but in the streets of our own neighborhoods and in solidarity with others around the world.