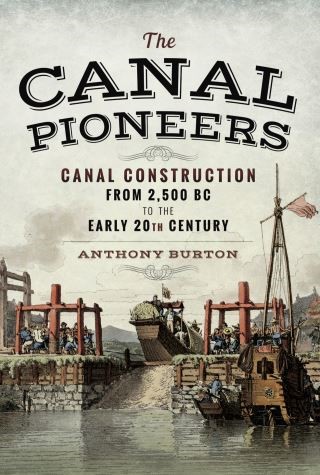 Canal Construction from 2,500 BC to the Early 20th Century

This is the story of canals used for transport and the men who built them from the earliest times, up to the end of the ninteenth century. This is a very long history: stones for the pyramids of Egypt were brought to the site by canal and one of the most imposing canal systems ever built, the Grand Canal of China, was begun in the sixth century BC.Development after the end of the Roman Empire was slow, but saw the steady improvement of river navigations through locks the mitre gates were actually first designed by Leonardo da Vinci. The modern age of canals that cross summits began in France, and the most famous of these early waterways was the magnificent Canal du Midi, the brainchild of Pierre-Paul Riquet, completed in 1681. It was a visit to this canal, when he was a teenager on the Grand Tour, that inspired the Duke of Bridgewater to build his famous canal that inspired a rush of canal construction in Britain. Britains canals became the essential transport route that made the countrys industrial revolution possible, thanks to engineers such as James Brindley, William Jessop and Thomas Telford. It was a period of intensive construction that lasted for fifty years from 1760. It saw many innovations from the use of cast iron for bridges and aqueducts, to inclined planes and vertical lifts to move boats from one canal level to another. The nineteenth century also saw extensive canal systems developing in North America, such as the famous Erie Canal, and culminated in two great ship canals at Suez and Panama. The book tells an exciting story of canal development and the many men who made it possible.