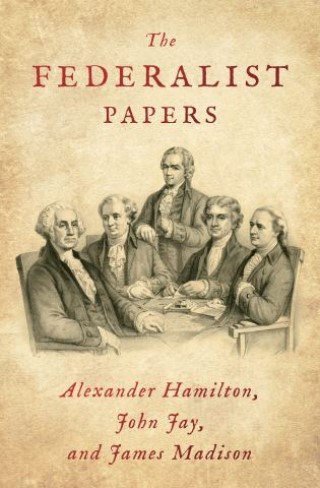 Eighty-five articles and essays by Alexander Hamilton, John Jay, and James Madison that interpret and promote the US Constitution.

Three of America’s Founding Fathers—Alexander Hamilton, General George Washington’s chief of staff and first secretary of the treasury; John Jay, the first chief justice of the United States; and James Madison, father of the Constitution, author of the Bill of Rights, and fourth president of the United States—embarked on an anonymous public relations campaign to promote the ratification of the US Constitution. Beginning in 1787, their articles appeared in three New York newspapers: The Independent Journal, the New-York Packet, and the Daily Advertiser. Written under the pseudonym Publius, their writings were a masterful analysis and interpretation of the Constitution, explaining the principles upon which the US government was founded.

To this day, the Federalist Papers remain “an authoritative resource for academics, lawyers, and judges—including Supreme Court justices—to use to interpret the Constitution and to determine its original, or historic, meaning” (National Constitution Center).