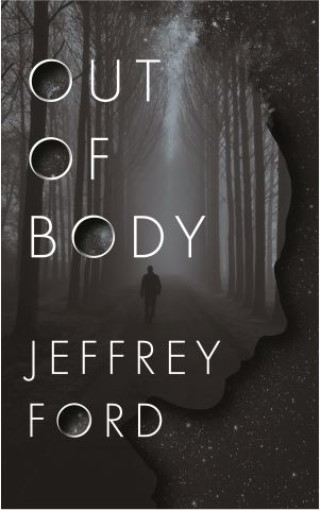 Out of Body is a dark fantasy thriller from multi-award-winning author Jeffrey Ford.

A small-town librarian witnesses a murder at his local deli, and what had been routine sleep paralysis begins to transform into something far more disturbing. The trauma of holding a dying girl in his arms drives him out of his own body. The town he knows so well is suddenly revealed to him from a whole new perspective. Secrets are everywhere and demons fester behind closed doors.

Worst of all, he discovers a serial killer who has been preying on the area for over a century, one capable of traveling with him through his dreams.

"His trademark mix of intelligence, creeps, melancholy, integrity, and wit is as addictive as it is compelling. I want to be Jeffrey Ford when I grow up." —Paul Tremblay

Jeffrey Ford: JEFFREY FORD is the author of the novels The Physiognomy, Memoranda, The Beyond, The Portrait of Mrs. Charbuque, The Girl in the Glass, The Cosmology of the Wider World, and The Shadow Year. His short story collections are The Fantasy Writer’s Assistant, The Empire of Ice Cream, The Drowned Life, Crackpot Palace,and A Natural History of Hell. Ford’s short fiction has appeared in a wide variety of magazines and anthologies. Both books and stories have been translated into nearly 20 languages worldwide. Ford is the recipient of the World Fantasy Award, Nebula, Edgar Allan Poe Award, the Shirley Jackson Award, the Hayakawa Award, and Gran Prix de l’Imaginaire. He lives in Ohio in a hundred and twenty year old farm house surrounded by corn and soybean fields and teaches part time at Ohio Wesleyan University.