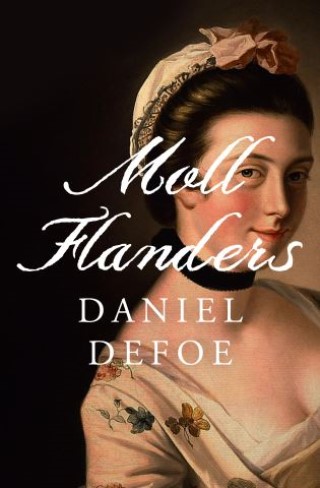 This eighteenth-century classic by the author of Robinson Crusoe recounts the adventures and many marriages of the infamous thief, lover, and mother.

Here are recounted the fortunes and misfortunes of one known to London’s criminal underground as Moll Flanders. Born in Newgate Prison, Moll’s childhood ends when she is seduced by one foster brother, married to another, and widowed not long thereafter. She quickly learns to navigate a world where her beauty is desired and her cunning is rarely suspected. Passing herself off as a wealthy widow, Moll’s romantic adventures lead her from the streets of London to the American colonies and back, from adulterous liaisons and numerous children to a prodigious career as a thief and, finally, a return to Newgate Prison, where it all began.

First published in 1722, Moll Flanders has entertained and scandalized readers for centuries. Once banned in the United States, it has been adapted for the screen numerous times, with the eponymous heroine portrayed by the likes of Kim Novak, Robin Wright, and Alex Kingston.